You can see the bright lights in front of you. You know people in the industry, you know how big the potential to earn money is, and you know that more than anything, the business world is what you want to join. But, are you always going to be able to get that million dollar idea? No, you’re not. Starting a business is all about luck, precision, determination… the list could go on, so we won’t bore you! But one of the main things that you’re going to need is a fab idea, and they don’t exactly come around every single day. Pretty much every business idea you could think of, someone else is going to have thought of once before. Not just someone else, but probably thousands of people around the world. But that’s not to say that you shouldn’t try it out. Just because the niche you want to go into is big, your business idea might be bigger. You might have a plan or a strategy that will take you to the top, rather than just a business that stays as the little idea it once started out as. To try and point you in the direction if you’re a bit on the edge about your business idea, we’ve come up with a few things that we think might suit you all. Business ideas that will make you the money, give you the satisfaction, and allow you to become successful. See if you like any of them, and don’t be afraid to try and of them out!

You Can’t Fail With Construction

Construction is a really big part of the business world, and our world in general. In every single city, town, village etc. you will see some form of construction going on. Whether it’s a new bridge being built or repaired, a building being built or extended, or anything else you can think of that’s construction related. You might think that because of the sheer size of the industry, that your business would always remain a speck on the construction map. Which we won’t lie, the chances of that happening are pretty high. But, you don’t need to be on the map big time to make a lot of money. You could easily make millions by becoming a nationwide business that only a certain type of company would need. Take windows for example. You could be window company who sells and fits windows, but you would only apply to a certain demographic, and it would be so easy to make money from it! All you would need to do is make a name for yourself, and slowly start trading. You could start small and work your way up until your a registered LTD company. You’d then need to think about plant hire, tool hire, how you’re going to employ your staff, and how you’re going to go global perhaps. Just because you’ve worked your way up as a small town company, it doesn’t mean that the need for your company won’t be found elsewhere in the world. You’ll generally find that only the big league companies go global, but you can always aspire to be one of them!

Everyone loves food. Whether it be healthy foods, random foods, fatty foods… the majority of us just love food. Which is why a business in the food industry is one of the best that you can think about starting. Yes, there is a hell of a lot of competition. But if you go in with that million dollar idea, there’s no end to what you could do. All you have to do is be that one company that creates outstanding food, in outstanding locations, with outstanding service. You won’t actually find many establishments that hit all three with that, so try and make your company one that’s different! To be a little bit different, we think you need to go unique. You need to have a unique design for your restaurant, and for the food that you create. If you put a spin on it and make the design look like something no one has seen before, you’ve got more of a chance of attracting a wider range of customers. Always start small, keep your menu, team and location small. Work your way up as demand asks for it. You don’t want to invest big if it isn’t going to work out, which it could easily not do with a food business. 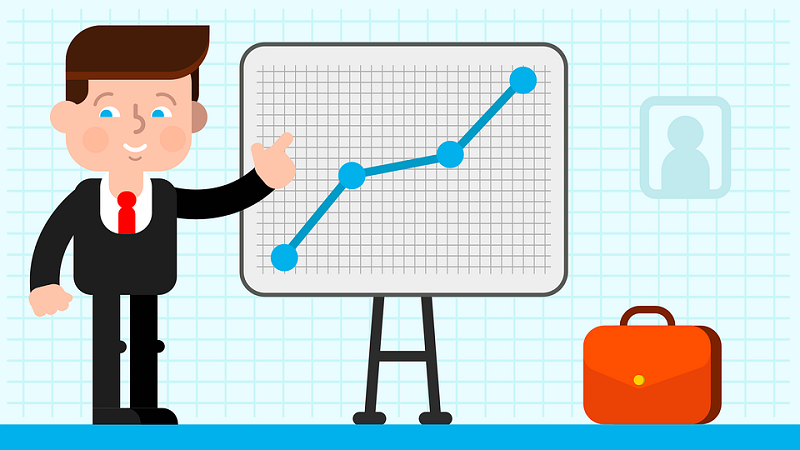 A sports based business is probably one that you should think about going for the most. You might not believe it, but there actually is a gap in the market. We want to talk about gyms and nutritionists here. There’s two types of gyms. Women’s only gyms, bodybuilding gyms, and the big branded gyms that everyone knows about. The big branded gyms are ones that you can’t really compete with. So, think about where the niche is, with bodybuilding in particular. It’s becoming ever so popular for people to focus on their weight in terms of muscle mass and physique. People are more bothered about building that lean toned muscle, rather than losing weight. So, you could open a gym based on that. You could have bodybuilding instructors, diet management classes, fitness classes based on building muscle, and a general welcoming feel for people who are new to it. We’re not talking about a gym that’s going to attract muscle heads who will take anything to get big. We’re talking about attracting anyone and everyone who is looking to make a difference in terms of their size! You could then go really into the nutritionist size and start creating your own bodybuilding products!

The More Fun The More Money!

People are always out for a good time, so why don’t you find a way to give it to them! We’re not talking about anything wrong here, we’re talking about things that bring out the inner kid in adults. Things such as inflatable indoor courses. They’re so popular, and you could even do seperate times for adults and children so that you could appeal to a bigger demographic. It’s really not that expensive to rent out a building, have an inflatable company design you a circuit, or an area for you to install, and to open up shop. All you would need to do is find out how much you would need to charge per ticket to cover the cost of the initial start up, rental, and staff costs. To make even more money, you could turn it into a foodie place as well. Do little street stalls full of all sorts of food that will allow people to stay longer. For the adults, you could even sell alcohol. The more they drink, the longer they’re going to stay, as long as they do is responsibly. It’s a winning idea, you just need to put the plan into action and make sure you’re marketing yourself in the right way!

Technology really is power. Think about how many pieces of technology you’re relying on at the minute. From the phone that you might be using to read this, to the TV you’re going to go and watch later on, to the oven that’s going to cook your next meal. We just live in a technological era that can’t be avoided. But, you might be wondering how you could make it with technology when pretty much everything has been designed already. Well, it might have been designed, but why not make yourself the future of technology? Every year something bigger and better is being brought out, so why not be that company that brings out the next biggest thing? You might see it as impossible at the minute, but all you have to do is find what certain products are missing, and find a way to add them into your own idea. It could be the next best speaker, the next best cooking technology, all you have to do is have an interest in it and make the idea come to life! It will take a lot of investment with this one, and we will say that this one is definitely the biggest risk, but it could pay off more than any of the other ideas we have said would!

Every Business Needs A Marketing Expert

A final finisher, because we do love marketing! This one is going to be better for people who actually have an idea about marketing and what’s involved with the different aspects of it. If you were really desperate to find out, you could even study courses to build your knowledge and your credibility. To start a marketing company is relatively easy as well, it’s probably one of the lowest investments that you’ll have to give out of the ones we’ve spoke about! Plus, you’ll never be in the dark, there will always be one business that needs your help, and you could earn thousands just from that one business! Do a bit of research about what marketing areas you could go into!

Provided by Quikserv a leader in drive thru window systems