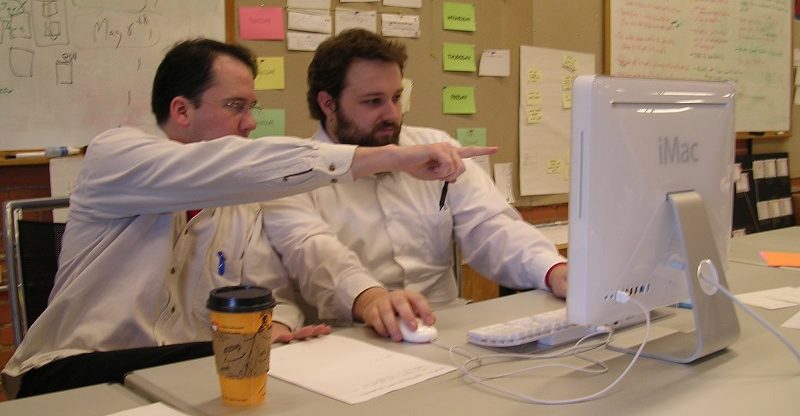 There’s a narrative in our country right now that wages haven’t gone up, and prospects are poor. And for the majority of the economy, that’s true. It has been left behind, and salaries have stagnated. But it’s not true across the whole economic map.

There is one sector that is doing particularly well: tech. Here salaries are going up; job numbers are increasing, and companies are discovering new roles. In other words, tech jobs are hot right now and set to get even hotter. Here are the best-paid tech jobs out there, and what you need to do to get one.

Software is now at the center of our lives. When we are woken up by the alarm clock on our phones, that involves software. Then, when we check the news, that requires software too. If we use GPS on our journey to work, guess what? That also uses software.

In fact, software is so ubiquitous it’s sometimes hard to notice. But every program that you use on your device had to be designed and written by somebody. And right now those people are in high demand.

Software developers are employed to do everything from developing games to checking for bugs. And they’re expected to have a degree of creativity alongside all their technical expertise. When it comes to software, the limits aren’t so much with the technology.

Many software developers learned their trade in their bedrooms, programming games and other apps. And because the industry is still new, this remains an excellent way to enter and get a job. Of course, you might want to do some formal training to back up your self-study. But the point here is that this should provide a boost to your passion. Becoming a software developer doesn’t require a fancy degree. It just needs somebody who knows what they’re doing.

It’s at this point that they turn to web developers: people who can actually deliver a great website experience. Of course, as a web developer, you’ll be working closely with clients. You’ll have to have an ability to understand rather vague instructions from customers and put them into practice. Most web companies split up the job of web development into stage. First off, you start by writing the code for the site. After that get added the animations. And then finally the whole site is checked for bugs before being migrated to the client server.

So what sort of training do you need? Well, for starters, you’ll need to know some basic HTML script as well as CSS. And you’ll also have to have an eye for design and composition. In other words, you’ll have to be something of an artist, at least when it comes to websites. That means understanding how to put together a site that actually looks good and delivers on what the client wants. As with software developers, the barriers to entry to web developers are not high.

What’s more, the sector is set to expand dramatically over the next few years. The Bureau of Labor Statistics is predicting an extra 27,000 web developer posts will open up by 2024. That means that there will be upward pressure on salaries to draw people into the sector.

So as a web developer, what can you expect to earn? The median salary right now is $63,000. Experienced developers can earn over $90,000.

Right now the unemployment rate for information security analysts is less than one percent. And it’s not hard to see why. Information security is at the top of a lot of company’s agenda right now. Companies are becoming ever more dependent on data. And they’re investing more and more to secure those data against threats. In other words, they need people to secure their mission-critical assets.

As an information security analyst, you’ll be a gatekeeper. It’ll be your responsibility to prevent the type of attacks that crippled Ashley Madison and JPMorgan. Because these breaches were so high-profile, firms are demanding analysts in ever higher numbers. According to the BLS, the number of security analysts is set to rise by 18 percent per year until 2025. That means that the number of jobs in the sector is set to double – twice.

So how do you get on board this salary-boosting career train? Well, most information security analysts start off on that path early on in life. Many have a degree in a field like computer science. And many have experience in programming or software development. But that’s mainly a function of the fact that you couldn’t get formal training in the past.

Now, however, things like CISSP certification are all provided online. There’s more information on this if you go to Simplilearn’s site. The bottom line is that it is now cheap and easy to get training for a job in the sector. And that makes it particularly attractive since average salaries are currently running over $112,000. 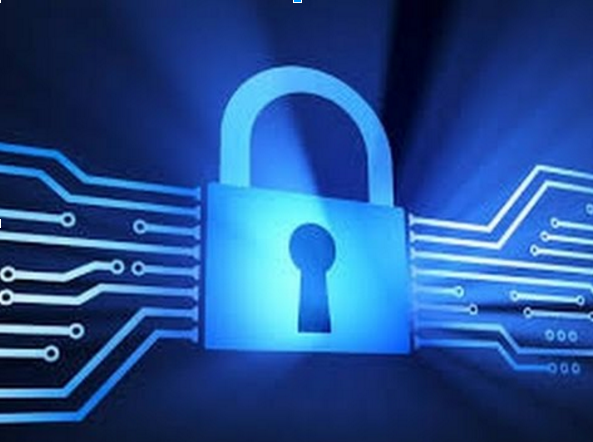 Civil engineering might not sound like your traditional tech job. But, when you think about it, civil engineers were the first techies. These were the people who build the foundation of the modern world. They build sewers and streets, bridges and railways. In fact, they built the very edifice on which modern life is supported.

So why are they in such demand right now? Well, one of the factors driving the industry is real estate construction. We’re currently seeing a boom in companies wanting new premises. And that is creating demand for more engineers. We’re not talking about the kinds of increases in job growth that we see in the software industry. But we are seeing a boom in job growth, relative to what the industry is used to. Civil engineering posts are expected to grow at around 8 percent annually. And that should positively impact wages. 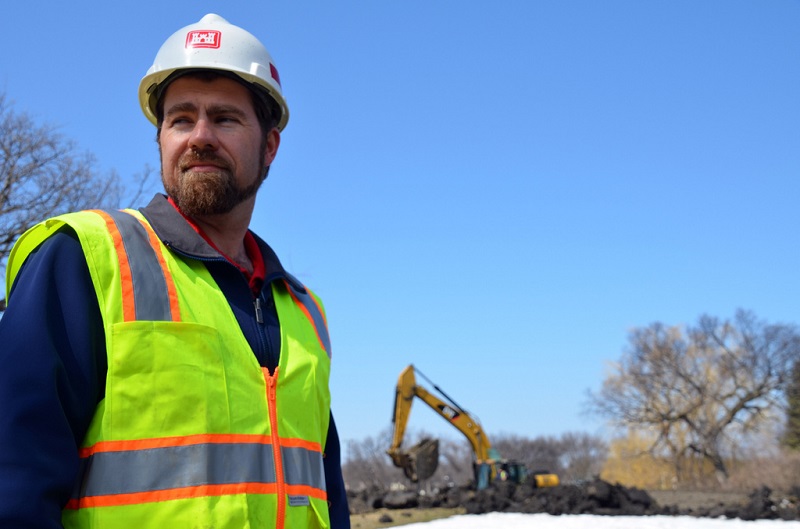 Training, of course, is the biggest barrier. Unlike the software industry, civil engineering is an old industry. And, as a result, it has an embedded structure and labor market. You’ll need a bachelor’s degree in civil engineering. And if you don’t want to hit a pay ceiling, you’ll need to do more training. If you happen to have these skills, then you’ll be able to earn more than $100,000 a year.

Businesses aren’t just after better and faster websites. They also want bespoke software that makes their businesses more streamlined. This is where a computer systems analyst comes in. As a computer systems analyst, you’ll work closely with clients. You’ll listen to what they want the software to do. And then you’ll try to implement systems that actually perform the function they want. Often you’ll be dealing in areas like CRM and workflow management. But you could also be asked to engineer systems to automate payments and document flows.

Of course, as a computer systems analyst, you’ll have to have an understanding of the client’s business. You’ll need to know what solution is going to make them money. And you’ll have to be more personable than your average IT guy. After all, you’ll be working closely with customers all day, every day. 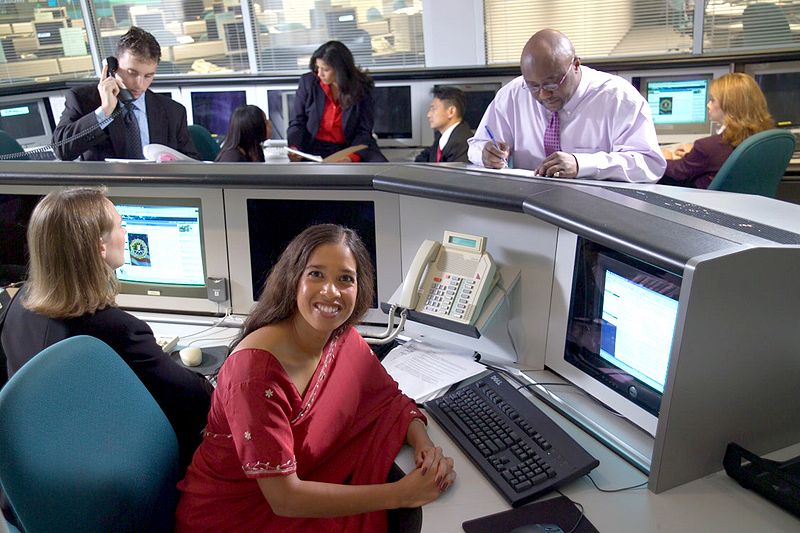 As a computer systems analyst, you’ll be working in a variety of settings. Most analysts work in a firm that focuses on system design. But many also work in far flung fields, like health and financial services. The good news is that the demand for systems analysts is outstripping demand for jobs in practically every other area of the economy. And that means that the career is both secure and better paid than the average job.

So let’s get down to the important stuff: training and salary. Can you make much money as a systems analysts and is it hard to get into? The Labor Department says that the average wage for a systems analyst comes in at around $82,000. But here’s the best news: you don’t necessarily need to go to university to get into this field. Yes, many in the sector do have some kind of information science-based degrees. But often the theory learned in these courses is not useful for the job itself. 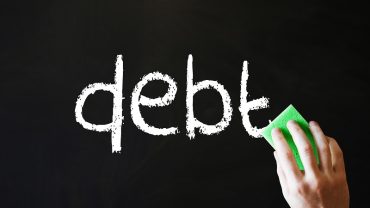